Stay up to date with all of the latest news with SZapp!

It was lovely to see so many mothers and grandmothers attending today’s Mother’s Day morning BBQ. We hope you enjoyed having a coffee and a chat with other mothers from our community. These events are often a great way to meet other parents, share ideas, personal stories and show support for each other. We sincerely hope you had a restful and memorable Mother’s Day.

Thank you to those mothers and grandmothers who have volunteered to assist with reading. We appreciate your assistance and are open to whenever you are able to come in. As I explained to those volunteering, just listening to the children read and giving positive feedback has a great impact on improving their reading.

Last Friday, we held our first Supportive Playgroups at St Patrick’s Primary School. It was great to see the parents and their children sharing the fun together. Looking forward to this week’s playgroup session.

This Friday four of our staff members will be attending numeracy professional development at Cootamundra. They will be working with Leonie Anstey a numeracy consultant specializing in inquiry and differentiated learning.

A NAPLAN and A to E Reporting Information evening will be held at the school on the 21st June, commencing at 5:30. I personally will be presenting information on NAPLAN and how it currently informs learning within our schools. As there is a lot of political speak at present that surrounds this National Assessment tool, I look forward to presenting an educationalist viewpoint. I will also discuss the A to E assessment marking criteria used in your child’s report and present student examples of moderated assessments. For example, what a B looks like compared to what a C looks like. This information session will be followed by an open Community Council meeting for all to attend. Hope to see you there.

All parents, careers and grandparents are invited to a Celebration of Learning day to be held at our school on Wednesday the 30th of May. Following consultation with the Community Council, it was decided to offer two separate opportunities for our parents to visit their children’s classrooms. The first session time slot will be from 8:30 am - 9:30 am and the second from 12:00 pm- 1:00 pm. This will be an opportunity for you to visit the classrooms and view displays of student work.

Have a great week 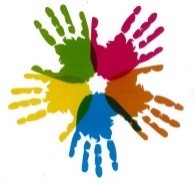 This term on SATURDAY 26th May we will be having a whole school Mass commencing at 6pm.

Looking forward to seeing everyone there.

This term, Mass will be on Fridays at 12pm and Liturgies will be Friday at 12:30pm.

Liturgies may be held at the school, pending the weather on the day.

Thoughts/ Questions / Reflection for the week: Breaking Open the Word
Step One: Listen to the Word
Which line in this reading caught your ear? What sense do you get about God as you listen to this Word proclaimed today?

My dear people, let us love one another since love comes from God and everyone who loves is begotten by God and knows God. Anyone who fails to love can never have known God, because God is love. God’s love for us was revealed when God sent into the world his only Son so that we could have life through him; this is the love I mean: not our love for God, but God’s love for us when he sent his Son to be the sacrifice that takes our sins away.

The word of the Lord.

Step Two: Look into Your Life

Question for Children: In what ways do you experience God’s love, offered to you through family, friends, and teachers?

Question for Youth: Jesus commanded us to love one another. Who is most in need of your love and kindness right now? How can you be more loving to those most in need this week?

Question for Adults: Concretely, how do you show love to others? I hope all of our special mothers had a happy and blessed Mother’s Day.

With the change of season the Uniform Shop has been very busy. While every effort is made to keep the shop well stocked there will be times where orders will need to be placed with suppliers and therefore there can sometimes be a wait for uniforms. To avoid disappointment please place orders as early as possible. For emergency items such as ties, hats, jumpers there will be 2nd hand items available from the School Office at any time. All other uniform orders can be sent in with your child or emailed to the School Office, these orders will then be filled by Bec on Tuesday afternoons. Once items are paid for they will be available for collection from the office or sent home with your child. If you are unsure of clothing sizes the uniform shop is open on a Tuesday afternoon and uniforms can be tried on. Please contact Bec if you cannot attend the school during Uniform Shop opening hours and she may be able to arrange for your child to try uniforms on during school hours.

The astro turf area has been identified as a high priority item for Community Council. This will be a major financial undertaking and will greatly improve the school environment for the students. We have had a great start to the fundraising for this year which will certainly help with this project. As details of the project become available they will be shared with the school community.

We have now had a full term of the new School Office opening hours of 9:30am to 3:30pm. Unfortunately, the administration hours for St Pat’s are allocated by Catholic Education in Canberra. This has required an adjustment for us all and the Community Council would like to thank everyone for their understanding during the transition. The school has endeavoured to put in place procedures to assist parents and students with the new Office hours. Vince or a Community Council Representative are always available should you want to discuss any matters relating to Office hours or any other school matters.

At our last meeting elections were held for the positions of Chairman and Vice Chairman. We would like to welcome Renee Lindley as Chairman and Craig Hargreaves to Vice Chairman respectively.  The Community Council would like to thank our outgoing chairman Chris McDonnell for his commitment & leadership over the last two and a half years and we look forward to his continued contribution as a Community Council member.

The next Community Council Meeting will take place on the 21st June. As this is a scheduled as an open meeting everyone is invited to attend a presentation on the A-E reporting system and NAPLAN at 5:30pm and then attend the Community Council meeting at 6:30pm. This is a great opportunity to experience Community Council if you are considering joining or if you have items that you would like discussed by Community Council. Tuckshop workers were very excited to put the newly purchased oven to good use on Friday. Many thanks to parent Michael Stevens for installing it. Michael is the father of our Kindergarten student Charlie Students.

Next Monday 21st May we will be having the NRMA visit the school to speak with children about science and road safety.

Students are invited to bring their helmets to school to practise fitting them correctly. Science shows will be held in the hall throughout the day with Year 3/4 starting at 9.15 am followed by Kindergarten and Year 1/2 at 10.10 am and Year 5/6 at 11.35 am. Parents are invited to watch the show. During Peer Support this week the children will look at qualities their friends may have and the concept that we choose friends based on the qualities we admire in them. They will also explore the skills of friendship, specifically those of cooperating and listening.

During the week encourage your child to show they are interested in the person they are talking to by being an active listener.

Then we went out to dinner together then went back to our motels to go to sleep for the night.

We both woke up at 7.00am to get our gear on ready to play for 8.00am.  When we played our first game, we both played really well and Lochie scored the first try, and Benny made a lot of metres.  We played 4 games against Wollongong, Parramatta, Wagga and Sydney.

I got picked in the possibles and probables trial at the end of the day, but just missed out on selection.

Benny and I really enjoyed representing our school. Last Wednesday the Year 5 / 6 boys travelled to Wagga to play in the McTaggart cup. We didn’t have enough players so we had to call in Bongongo kids to come down for the day to help out.

Our first game was against Murrumburrah Public who were a pretty solid team. It was all tied up with a minute to go we got two tries and won the game right on the siren.

Our second game was against Mater Dei who wasn’t the strongest team, but we beat them by about 5 or 6 tries.

The third game was against St Annes Temora which was a tough and close game, in the end, we managed to beat them by one try.

The fourth game was against Griffith public who won the day outright, but unfortunately, we lost against them. They were very skilled and elusive!

Our fifth game was against Young Public, we beat them by just one try in the last minute.

The last game was against Leeton Public, we had to beat them to go to Canberra and we had a draw. In the rules, if there was a draw the team that scored the last try was deemed the winner. We scored the last two tries.

Our team will now travel to Canberra on Sunday 2nd June for the Rugby Union 10’s Championship which will be played as the curtain raiser before the Brumbies verse Sunwolves game.

Last Wednesday the boys from Years 5 & 6 went to Wagga for rugby union. We played six games of footy. The only game we lost was to Griffith PS. we did not have enough players so we got three players from Bongongo, Mack Mason, Fred Graham and George Graham.

We play really good footy and we won 5 out of 6 on Wednesday. We played Leeton PS, Griffith PS, St Annes Temora, Mater Dei PS, Murrumburrah PS and Young PS. We drew against Leeton PS and lost against Griffith. We made it away to Canberra and we play on the third of June, and we get to play in front of the Brumbies before they play. We had a good day and we got a 2018 Brumbies members pack. We look forward to you joining us at the Gundagai Services Club on Thursday 24 May for the Biggest Morning Tea. Our Kindergarten and Year 1/2 classes will be singing at the morning tea and as usual we are very proud to support this very worthy cause. Please be at the club by 10.30 am.

KINDERGARTEN: Charlie Stevens - his attention to detail in his artistic drawings.

YEAR 5/6: Ella Nugent - working at improving her mathematics and being helpful in classroom activities.

Happy birthday to the following people who celebrate their birthdays this week.

William Naughton celebrates on Friday 21 May.

Our very best wishes to you on your special day